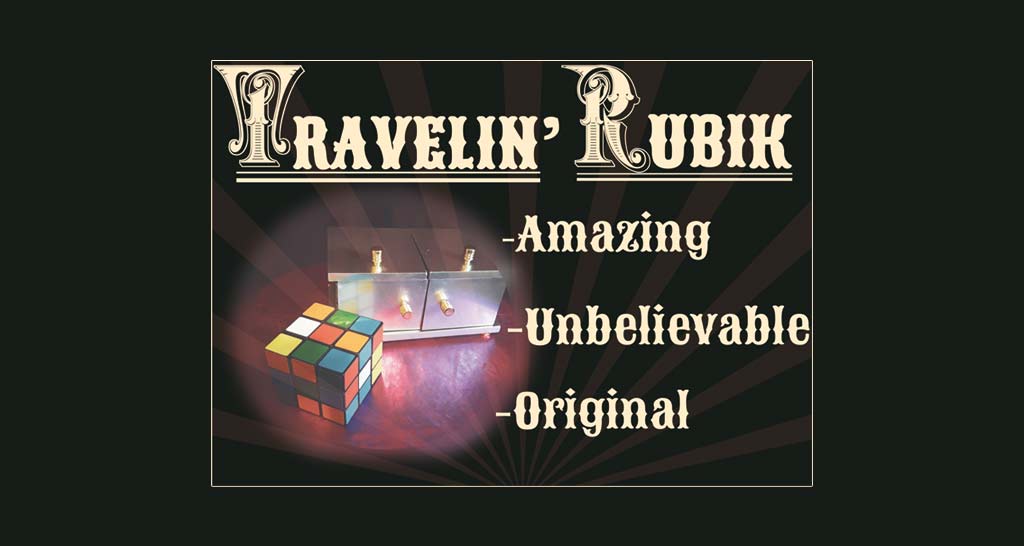 Traveling Rubik is a modern version of the traveling dice, kids of these days don’t know what a dice is, but they recognice the Rubik cube instead. The magician shows the cube and places it inside the magic four door box, and asks his audience how they want the cube travel to the interior of the previously empty galley. Visible or invisible way? Everyone wants to see and ask for visible.

The magician takes the cube from the box with his hand and puts it into the galley. The kids complain with screams saying that it´s not magical… and the magician responds: now I’m going to do the same in the invisible way. He takes the cube inside the galley in full view and places it in the four doors box. After a few magic passes, he opens two doors of one side of the box, and shows that the cube has traveled, the kids ask him to open the doors of the other side, the Magician closes the open doors and tilt the box towards the opposite side (a noise is heard) and now it shows that on the other side there is nothing. The children assume that the noise they hear is the cube moving from side to side of the box, repeating several times, turning around or turning the box to his side saying that there is nothing. To finish, he opens the four doors of the box and shows the cube is no longer there, shows the interior of the galley where the cube is now, and deliveres it for examination.

Another possible finish is to take the cube and execute the popular three steps rapid assembly.

USD$ 60
For orders complete the form